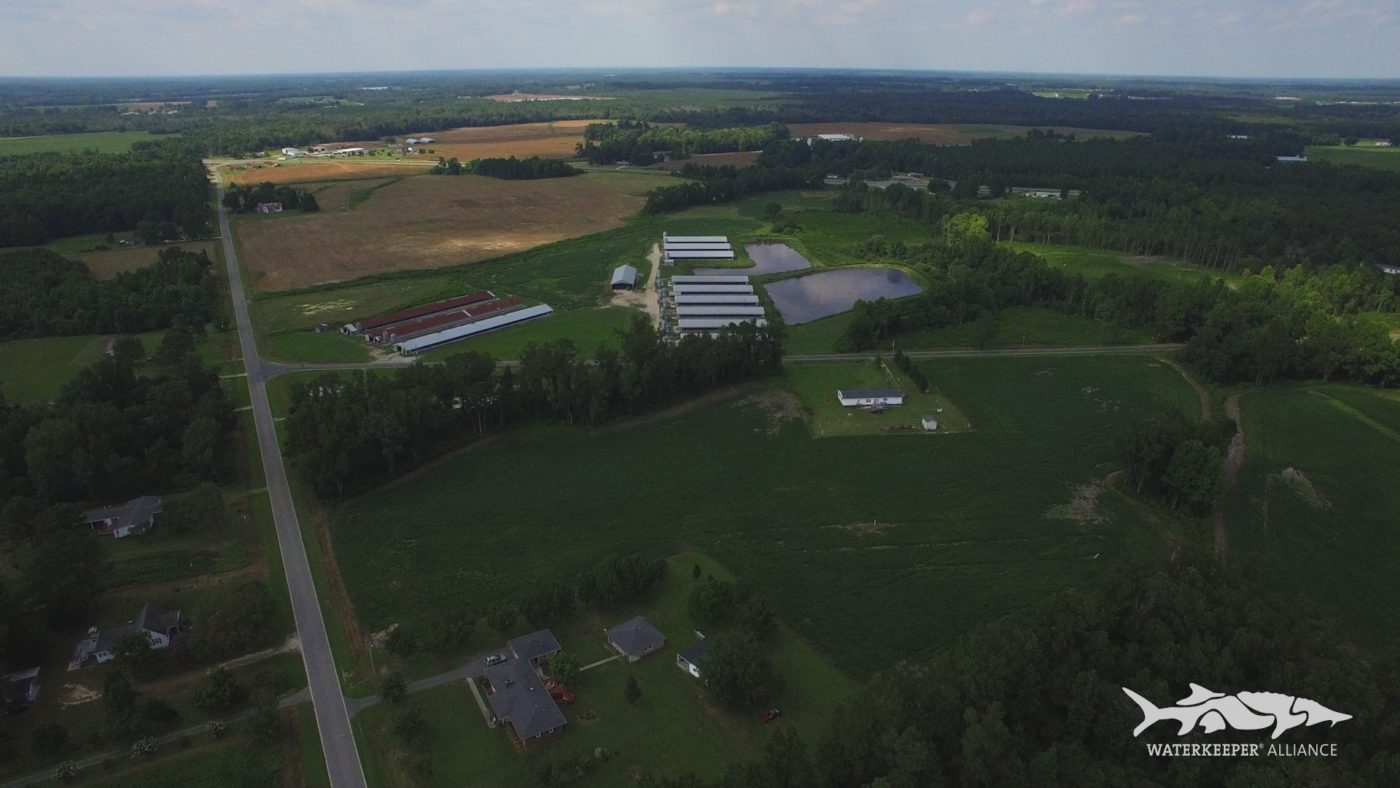 Yesterday, Waterkeeper Alliance, Cape Fear River Watch and the North Carolina Environmental Justice Network (NCEJN), represented by Elizabeth Haddix and Mark Dorosin of the Julius L. Chambers for Civil Rights, reached a settlement with the North Carolina Department of Environmental Quality (NCDEQ) that they hope will ensure prompt, transparent action by the agency in response to citizen complaints about animal agriculture operations.

Each year, over 2,000 concentrated animal feeding operations (CAFOs) with the capacity to house more than 9 million hogs in North Carolina generate billions of gallons of waste that is laden with nutrients, bacteria, and pathogens. This waste is stored in unlined cesspools and sprayed onto adjacent fields. State permits governing swine CAFOs prohibit land application when the risk of runoff or discharge is heightened, including more than 4 hours after the issuance of a flood watch by the National Weather Service (NWS).

In advance of both Tropical Storm Hermine and Hurricane Matthew, petitioners captured time-stamped and geo-located images of operators spraying waste more than 4 hours after a flood watch. They reported that illegal activity to NCDEQ, but saw no response. The agency’s investigation, and its enforcement of rules prohibiting such spraying, was particularly urgent because pollution from swine CAFOs in Eastern North Carolina disproportionately impacts communities of color. After weeks of apparent agency inaction, in December 2016 the groups filed a challenge in the NC Office of Administrative Hearings.

“We’re pleased that NCDEQ is prioritizing people over polluters and committing to promptly respond to citizen complaints,” said Kemp Burdette, the Cape Fear Riverkeeper. “Since 2010, the legislature slashed the budget of NCDEQ’s regional offices, where complaint investigators work, by 40%. It’s important that NCDEQ recognizes the value of third-party evidence collection to supplement the agency’s limited resources.”

The settlement comes amid a flurry of activity regarding pollution from animal agriculture.  NCDEQ drew criticism from EPA this year for failing to mitigate the disproportionate racial impact of its swine permitting program. Just this summer, the NC legislature eliminated property rights for victims of nuisance caused by hog operations. Also, for the first time since 2006, NCDEQ is revising the rules that govern animal waste management and certain proposed amendments drew objection from Waterkeeper Alliance and many other environmental groups.

“At a time when our legislature is failing communities and devaluing our natural resources, it is even more important that NCDEQ enforces and improves laws and regulations governing animal waste,” said Will Hendrick, staff attorney for Waterkeeper Alliance.