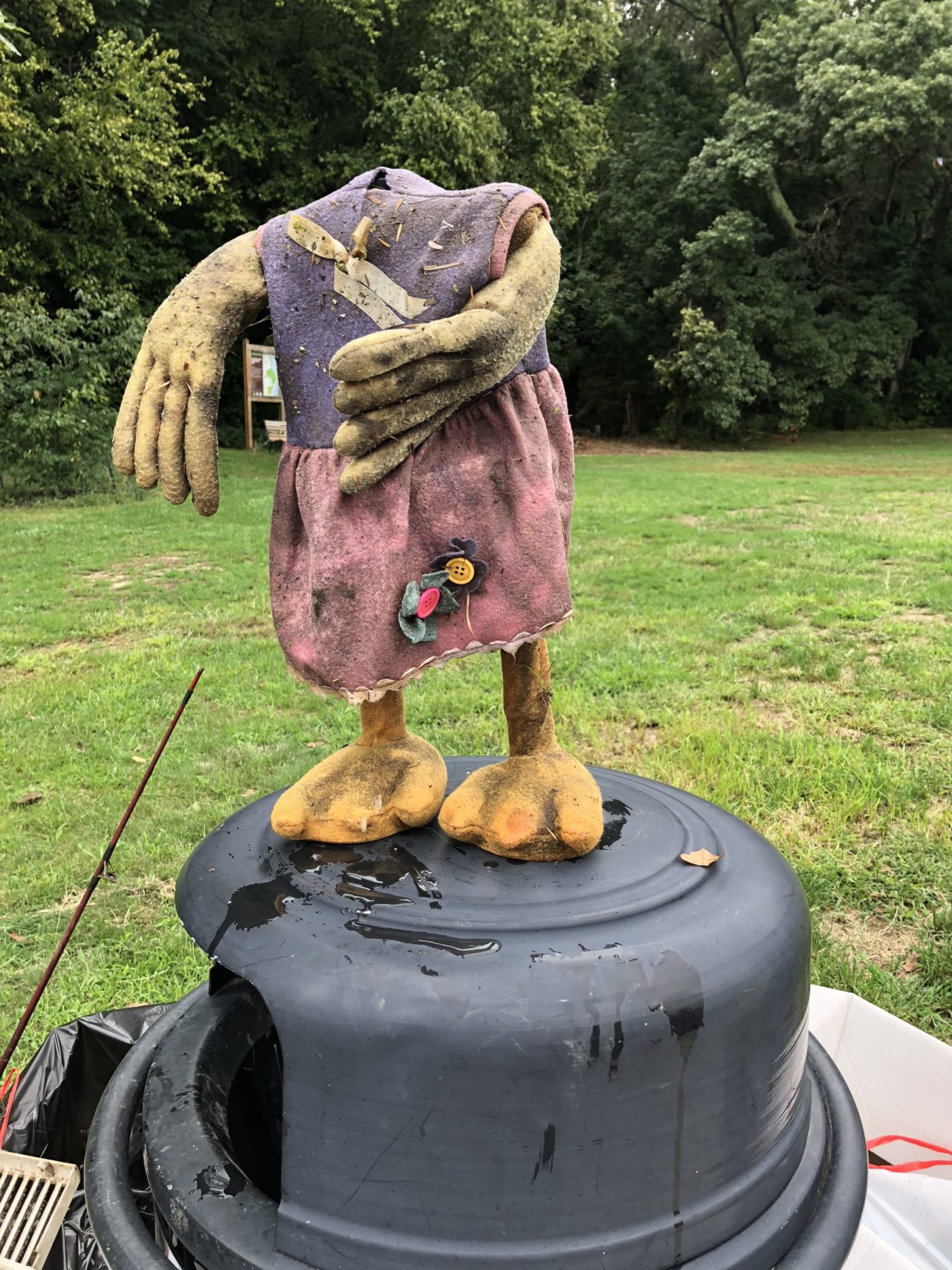 Clean up a river and you may well find messages in bottles, a mannequin head or “almost enough parts to make a whole Honda Civic.”

Sometimes, the finds are iconic. Dolls, for instance, don’t age well underwater (check out the headless duck doll to the left).

“Some are almost scary,” said Russian Riverkeeper Don McEnhill. After pulling a waterlogged Cabbage Patch Doll out of the river, his volunteers started calling themselves the Garbage Patch Kids.

The placing of pins in an effigy comes from magical traditions around the world. In some instances the intent of these dolls is to inflict physical harm on a person. Regardless of your magical tradition, please don’t throw your effigy full of sewing needles in the river. I found this underwater at the Water Street launch and removed it. #spokaneriver #rivercleanup #dangerousitemoftheday

Some of the all-time great cleanup finds from Waterkeeper groups:

“We found a four-foot-by-six-foot bed of nails,” McEnhill said. It had 16 penny nails driven on two-inch centers. While the find initially looked very “Girl With A Dragon Tattoo”-ish, it turned out to be as innocent as a bed of nails can be.

“This local woodworker decided he was going to make a bed of nails,” McEnhill said. “It was an art project.”

“It got everyone scared that afternoon,” said Caitlin Doran, outreach coordinator for Hackensack Riverkeeper. After all, the nearby Meadowlands were the long-rumored burial spot for Jimmy Hoffa, the Teamsters leader who disappeared in 1975.

“It turned out to be fake, one of the skeletons they have in labs.”

A bicyclist crashed near Milwaukee Riverkeeper volunteer Dana Johnson in 2006 as she and a group were working on cleaning up the river.

“He went down face first and was out, face down and feet underwater in a puddle,” Johnson told Milwaukee Riverkeeper’s newsletter. “Our volunteers were right there to help.”

He was drowsy and bleeding, and his glasses were broken. The volunteers called an ambulance. He spent two days in the hospital and had no memory of the crash or the volunteers who helped him.

Johnson, an outreach specialist for REI, had taken his bike to an REI shop, where the staff fixed it. He picked it up after he was released.

“Finding a safe in the river isn’t odd; what was odd was that it was fairly new, locked and heavy,” said Milwaukee Riverkeeper Cheryl Nenn. The group called the police; the police unlocked the safe.

The police later told Milwaukee Riverkeeper that someone trying to dispose of records related to a crime had thrown the safe in the river. Without revealing more details, the police also said that the group’s find had led to an arrest.

“People throw stuff in the river they think no one will ever find, then we go and do a river cleanup,” Nenn says.

Many then put the entrails and heads in plastic bags, then throw them into the river.

“They stink,” Musa says. During a recent cleanup, some of the volunteers he works with wore masks to protect them from the smell. “If they just dumped it as it is, unwrapped, it would be easier for fish to eat.”

Russian Riverkeeper has found full Port-a-Lets, a 50-gallon drum filled with processing waste from cannabis oil labs, and a 20-foot trailer that was caught in trees after a flood. The organization spent a week dismantling it.

Milwaukee Riverkeeper has found a six-pack still full of beer, Dracula teeth, a bunch of bananas and a “Don’t Litter” sign. It’s also found a parking meter. And guns, which they always turn into the police. Generally, the guns are so old, the serial numbers have rusted away.

Then, there are the trash cans.

“It’s always nice when we find trash cans,” Hackensack Riverkeeper’s Doran says. “Then we just put the trash in the trash can.”