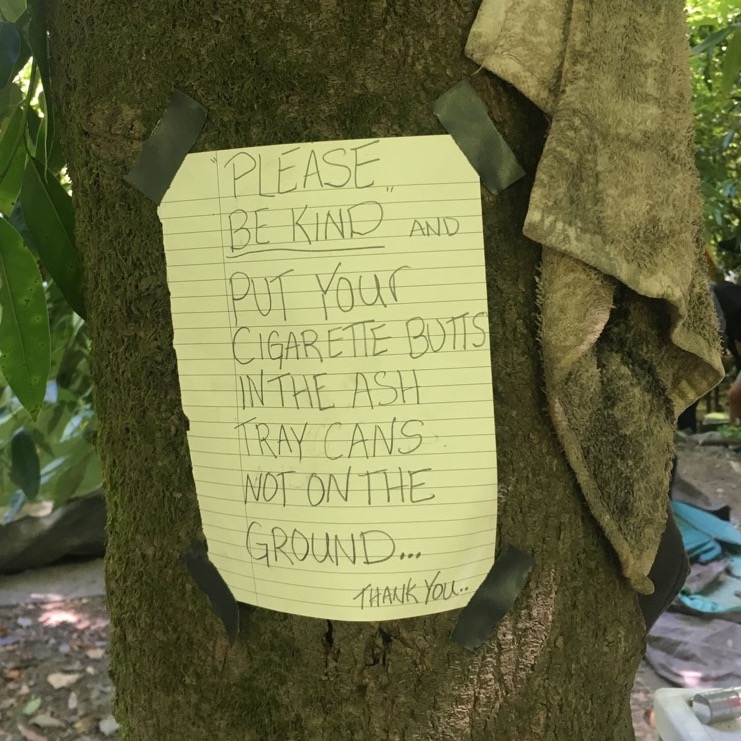 My love for the Russian River has taken me places I never thought I’d go, like homeless camps.

An estimated 1,148 people live in homeless camps along the banks of the Russian River and its tributaries. Some had one setback, then another — and there they are, sleeping in a tent on a muddy riverbank.

As Russian Riverkeeper worked to stop our river from being trashed, we realized that we couldn’t do it without help from the people scrapping for shelter along its banks.

I never ever, ever thought we’d be doing something like this, but there’s no alternative. I realized we’d have to educate them. In the process, they’ve educated us.

Among the things I’ve learned: 80 percent of people who become homeless don’t start out as substance abusers, but many end up using because of the trauma and stress of living without a home.

In our work with people who are homeless, the first thing we focus on is something most outdoorsy people learned as children: Leave-no-trace camping. Most people in homeless camps have often never camped in their lives, so leave-no-trace is new to them.

When we visit larger camps, we encourage people to consolidate from many kitchen areas to one big kitchen, which also means a central place to keep trash, making our trash pickups easier. 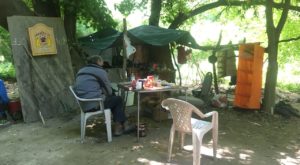 Yes, we’re now in the business of trash pick-ups at homeless camps, serving 121 homeless camps with weekly garbage pickups. From January 2018 to June 2019, our partners living without houses have staged over 165,730 pounds of trash for us from a dozen camps.

Last year we also received about $200,000 from Sonoma county to our work with homeless people. We had 21 homeless people working for us doing trash clean up in Downtown Guerneville in our Clean Team program. We don’t have funding for that program anymore, but we can still drop our dump trailer somewhere, give the guys we know a bunch of bags and clean gloves and our trailer will be full by lunch. Then we take them to lunch.

We’re changing behavior. And in doing that, we’ve changed the river.

We have staff and volunteers cleaning up the river seven days a week. Some are homeless people. Some are our employees. As a result, a couple who’ve been monitoring trash on the coastal beaches for over 25 years said, they can’t fill a bag anymore at Salmon Creek Beach. We’re making an impact on the coastal environment.

I want to share how we got there. It started with one of our amazing volunteers Chris Brokate who couldn’t stand all the trash in the river so he just started organizing cleanups with us in late 2014. We had our office crew out at one event and we ended up in a homeless camp along the river and Chris started talking to the residents. It didn’t take long for that to start affecting our perceptions of homeless individuals and the trash problem, which had been call the cops to evict them so it can be cleaned up.

What we’ve learned is that constantly displacing homeless people with evictions is a terrible policy. For one thing, it’s simply the wrong way to treat people, as it traumatizes a group who’ve already endured unbearable suffering. It also harms our rivers, since the people who’ve been evicted will just denude another part of the river. After all, they have no place else to go. 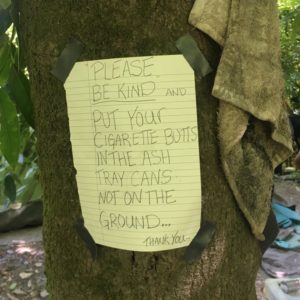 Most homeless people in rural areas like the Russian River grew up there. It’s all they know. Until we have housing for everyone, it is better for our river — and our people — to work with people in homeless encampments to create the best possible conditions. That way, we and others can provide services. And we minimize the stretches of the river’s edge that are affected.

What works ahead of a cleanup:

What works during the cleanup and for ongoing engagement:

At our annual cleanups last September, our biggest problem ended up being where to send people as we had trouble finding trash.  Getting to that place took a lot of time, a lot of outreach, a lot of patience, and a lot of work. But when I see a clean beach, I know it’s worth it.