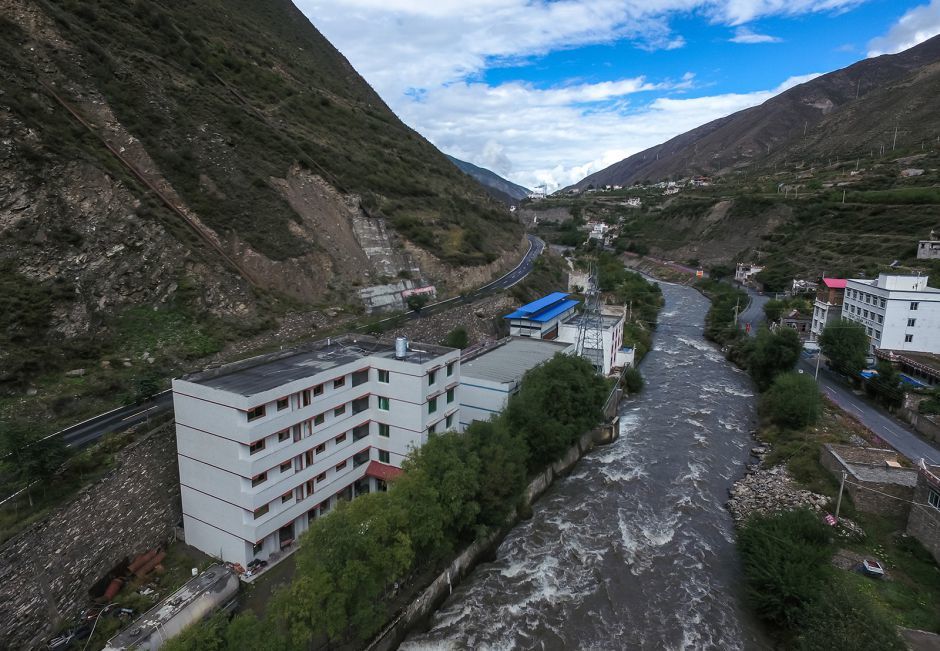 As the price of Bitcoin reaches record highs, an eerie underworld of Chinese computer hackers has descended on the Himalayas to exploit the cheapest electricity in the world — Tibet’s hydropower

Libertarian investors, ‘crypto-punks,’ and Wallstreet were all gaga this past week as the price of Bitcoin hit its highest rate yet, coming in at over $17,000 per Bitcoin on Dec. 8th.

Over the last two years as the price of Bitcoin has climbed, the efforts to “mine” it have climbed precipitously right along with the price. Although mining bitcoin has nothing to do with hard-rock mining using axes and shovels, it turns out to be just as environmentally destructive as the “mining” metaphor sounds.

When you hear the phrase “Bitcoin mining,” think “computer hacking” instead, and you’ll start to get the idea.

A Sept. 2016 news report in the Washington Post, titled, “The Bizarre World of Bitcoin Mining Finds A New Home In Tibet,” described it this way:

Running microprocessors sucks electricity. Competition is intense, and profit margins are narrow: Xu [the person interviewed for the news story] has moved his mines around the world in search of the cheapest power, from Iceland to Georgia, and then to Washington state, from the coal fields of China’s northern Inner Mongolia province and now to the mountains of Sichuan [in Tibet]. His latest mine is still under construction, between a hydroelectric power plant and the concrete shell of a disused power transmission station, between Kongyu and the city of Kangding.

Eerie “Matrix”-like photos posted on the websites “Quartz” and “Nextshark” depict the “world capital of Bitcoin mining” in the Chinese mountains of Tibet, all positioned beside hydropower plants for the cheapest possible electricity. Cheap power, cheap labor, and non-existent environmental laws prevail in an underworld-like scene in the river canyons of Tibet’s mountains.

At this point, it is unclear if Chinese companies have actually built a new hydropower plant just for Bitcoin mining — some websites suggest it is happening — but in April of 2016, China began construction of the largest hydropower plant in Tibet, on the upper reaches of the Yangtze River.

Like hard-rock mining in the past, the environmental impacts of Bitcoin mining are being completely disregarded and externalized. Rivers are being drained and destroyed for hydropower and the greenhouse gas emissions of producing the electricity — by hydropower and fossil fuels all over the planet — are being completely ignored. A Nov. 1, 2017, article posted on the website, “Motherboard,” estimated that Bitcoin mining around the world now consumes as much electricity as the country of Nigeria in one year.

Gary Wockner, PhD, is the Poudre Waterkeeper and is author of the 2016 book, RIVER WARRIOR: Fighting to Protect the World’s Rivers. Contact: [email protected]