The Bipartisan Beginnings of the Clean Water Act - Waterkeeper

The Bipartisan Beginnings of the Clean Water Act 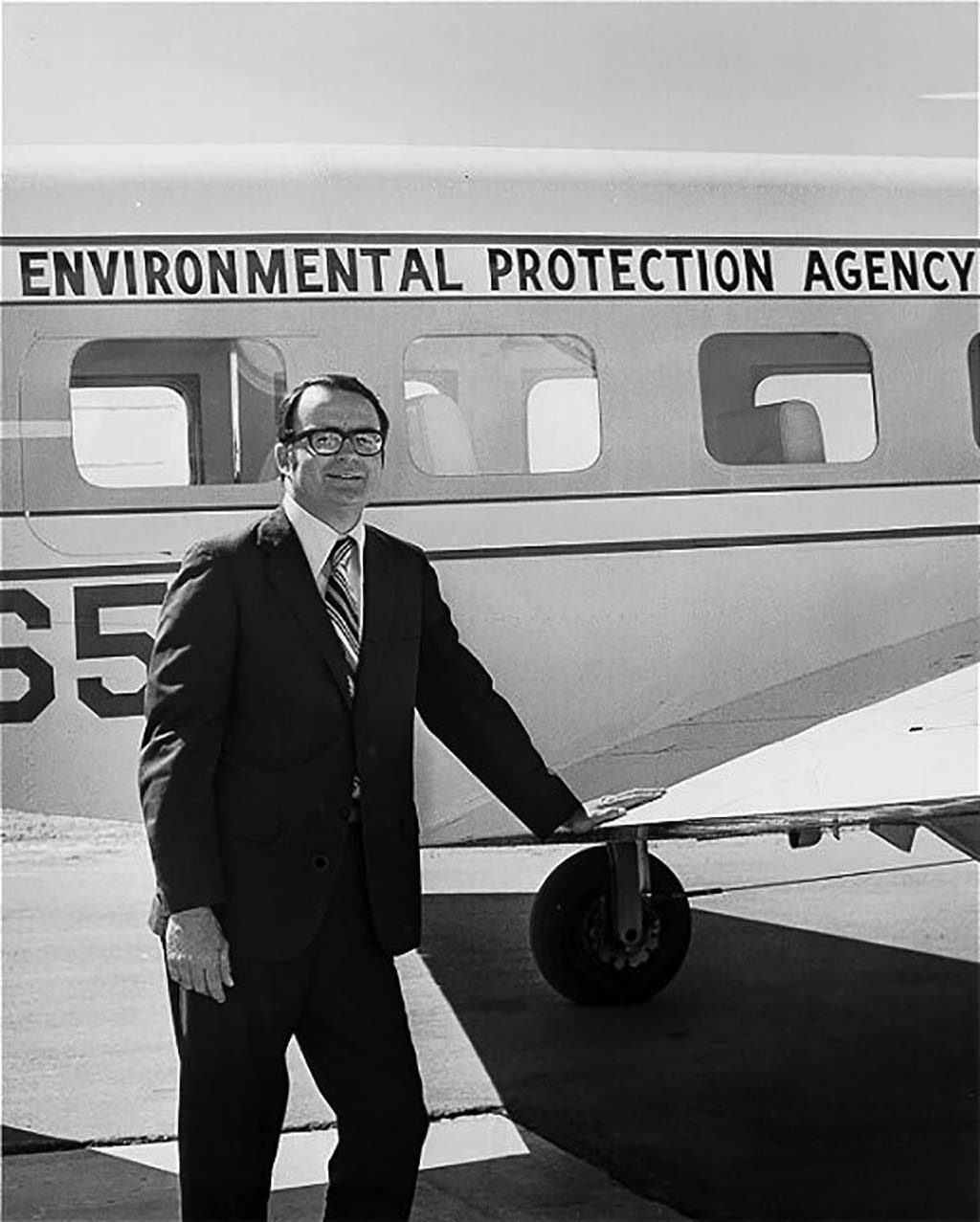 In the dark hours before dawn on Oct. 18, 1972, U.S. Senators and Representatives took the floor, one by one, to defy their president.

The debate that night, and in the months preceding it, is a window into how dire conditions were on the nation’s waters at the time, and how fiercely bipartisan the movement for clean water was.

Richard Nixon had vetoed the Clean Water Act around midnight the night before, saying in his veto message that he hoped to attack pollution in “a way that does not ignore other very real threats to the quality of life, such as spiraling prices and increasingly onerous taxes.”

At $24 billion, he wrote, the Act was just too expensive.

The morning would decide whether Congress had the will — and the votes — to override that veto, whether the country would begin to resuscitate rivers slicked with oil, or clogged with grease balls as big as oranges, or reeking of human waste. Only one-third of the nation’s waters were safe for fishing and swimming.

The morning would decide whether Congress had the votes to defend what Congressional Quarterly called “the most comprehensive and expensive environmental legislation in the nation’s history.”

The lead up to those early morning hours hadn’t been easy.

The bill then known as the Federal Water Pollution Control Act Amendments of 1972 was stuck in conference for 10 months, until a compromise emerged at the beginning of October 1972.

Barbara Reid of the Environmental Policy Center and David Zwick of Ralph Nader’s Task Force on Water Pollution Control would later say, as reported by Congressional Quarterly, that the bill was “a product of torturous agreements” made “in an atmosphere complicated by consistent Nixon Administration opposition.”

Nixon’s own EPA Administrator, William D. Ruckelshaus urged him to sign the Act, choosing words that would hearten the most ardent conservationist, “It seems reasonable to me to spend less than one percent of the Federal budget and .2 percent of the Gross National Product over the next several years to assure for future generations the very survival of the Gross National Product,” as quoted in “Clean Water Act: Thirty-Year Retrospective; History and Documents Related to the Federal Statute.”

The debate that early morning was impassioned.

“Study after study, public opinion poll after public opinion poll have revealed that the economy of this nation can absorb the costs of cleaning up pollution without inflation or without a loss in economic productivity,” said Sen. Howard Baker, Republican of Tennessee.

“As I have talked with thousands of Tennesseans, I have found that the kind of natural environment we bequeath to our children and grandchildren is of paramount importance,” Sen. Baker continued. “If we cannot swim in our lakes and rivers, if we cannot breathe the air God has given us, what other comforts can life offer us.”

Sen. Edmund Muskie, Democrat of Maine and the bill’s principal sponsor, had emphasized during the initial vote that the Senate’s Committee on Public Works had spent two years studying the nation’s Federal Water Pollution Control Program, only to conclude that the national effort to abate and control water pollution was “inadequate in every vital aspect.”

One example: A 1969 report by the Government Accountability Office found that of 80 industrial plants with state permits to discharge waste within a 170-mile reach of the Mississippi River, 28 of the plants disclosed no information at all on the amount of waste they were discharging, according to “Clean Water Act: Thirty Year Retrospective.”

In the initial vote before the Senate on the bill, Muskie had said:

“(T)oday, the rivers of this country serve as little more than sewers to the seas. Wastes from cities and towns, from farms and forests, from mining and manufacturing, foul the streams, poison the estuaries, threaten the life of the ocean depths. The danger to health, the environmental damage, the economic loss can be anywhere.

“Just a ten-minute walk from this Chamber, the Potomac River is a hazard to health. The Georgetown Gap in the District of Columbia’s sewer pipelines allows 15 million gallons of raw sewage to pour into the river every day.

“A Federal biologist, speaking of mercury, says he can find no chemical potentially worse for man. Mercury is toxic. It is cumulative. It is persistent. While the biologist speaks, a factory discharges into the Detroit River a daily dose of 10 to 20 pounds of mercury.

“In a single day, 10 million fish die in a Florida bay. It is not the first fish kill in the bay, and it is known that wastes are dumped into its waters, but the cause of death is given as a lack of oxygen in the bay.

“An oil spill releases more than 700 tons of fuel oil into the waters off the Massachusetts coast. Later, scientists using a dredge find that more than 90 percent of the organisms brought up from the bottom in the area of the spill are dead or dying.

“In 1969, the Council on Environmental Quality reports, nearly a fourth of this country’s shellfish crop could not be harvested. The men and women who make their living from the shellfish crop suffered an economic loss of more than $60 million.”

The morning after Nixon’s veto, Muskie reiterated the comments he’d made when the Senate had first passed the Act. “Can we afford clean water? Can we afford rivers and lakes and streams and oceans which continue to make life possible on this planet? Can we afford life itself?”

“Those questions were never asked as we destroyed the waters of our Nation, and they deserve no answers as we finally move to restore and renew them,” Muskie said.

Only two hours after the president vetoed the Act, the Senate voted 52-12 to override, with 17 of the votes in favor coming from Republicans.

The House followed, voting 247 to 23 to override — more than ten to one — with 96 of the yes votes from Republicans.

In 2003, Ruckelshaus, Nixon’s EPA administrator, wrote that two-thirds of the nation’s waters were then safe for fishing and swimming.

“Of course, this means that a third of rivers and streams are not safe for fishing and swimming,” he wrote.

He continued, “(W)e all are part of the problem, and we all must be part of the solution. It is to this challenge that the nation must rise.”

With the current administration’s move to upend the Clean Water Act, that challenge now lies with us.