Asthma, flies, and the stench; what hog operations do to Eastern North Carolinians - Waterkeeper

Asthma, flies, and the stench; what hog operations do to Eastern North Carolinians 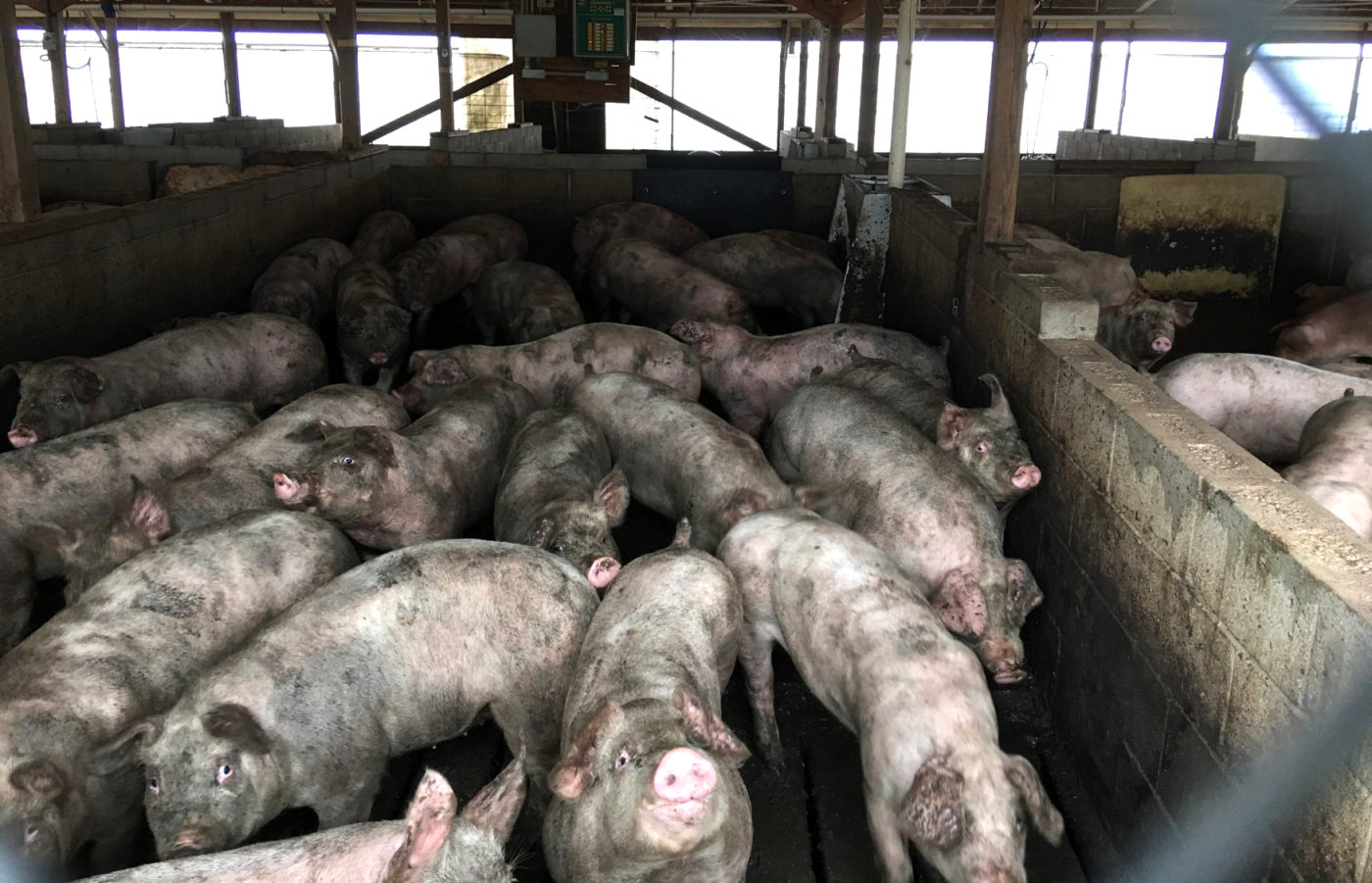 Neighbors of industrial swine operations have repeatedly — and successfully — made the case that the stench, flies, and day-and-night rumbling of trucks from hog operations represent an environmental nuisance that hampers their use and enjoyment of their own property.

But living near a concentrated animal feeding operation, whether it raises swine, cattle, or poultry, can also take a toll on the neighbors’ health. And, if 2020 has taught us anything, it’s that health problems don’t respect geographic borders.

Living near a concentrated poultry operation can mean living near 100,000 chickens, crowded so tightly into barns that industrial fans must blow out ammonia-laden air so the birds can breathe. It means living near mounds of poultry litter — a mix of excrement, bedding, and feathers —that can be stored, uncovered, for weeks at a time.

Living near a concentrated swine operation can mean having thousands of swine as neighbors. It means living with vultures circling and flies buzzing to “dead boxes” that hold the bodies of dead pigs. It means living near open cesspools that hold millions of gallons of liquid hog waste mixed with water, which is then sprayed on nearby cropland — though the merest breeze can blow it onto a neighbor’s porch or into her living room.

This is the reality for many people throughout North Carolina. Residents of Eastern North Carolina, which is home to almost all the state’s nearly 9 million swine, and most of its roughly 161 million broiler chickens and 16 million turkeys, are especially vulnerable.

Together, these animals produce about 147.5 million pounds of manure each day. The amount of waste, and the primitive ways in which it’s stored, pose a health risk for the neighbors.

Duke University researchers examined some of those risks in a study published in 2018. The authors wrote that the residents living in close proximity to hog concentrated animal feeding operations may be at risk as they are chronically exposed to contaminants from waste sprayed on land and its overland flows, leaking cesspools, and pit-buried carcasses, as well as airborne emissions.

This was consistent with a body of research showing neighbors of swine operations have higher frequencies of respiratory ailments, depression, and impairments of balance, reaction time, and verbal recall. Other examples:

Other studies show that concentrated animal feeding operations can wreak damage to land and water that poses real risks to human health.

A study by Iowa State University, which was a result of a lawsuit settlement between the Sierra Club and Tyson Chicken, found that two chicken houses in western Kentucky emitted over 10 tons of ammonia, a corrosive that can cause lung damage, in the year they were monitored.

A study of private water wells in Idaho detected levels of veterinary antibiotics, as well as elevated levels of nitrates. Groundwater is a major source of drinking water in North Carolina, with 2.4 million people, most of them rural, relying on well water. Unlike surface water, groundwater contamination sources are more difficult for citizens to monitor.

Nitrates in well water present an immediate danger for the people who rely on wells, especially infants. Nitrates oxidize iron in hemoglobin in red blood cells to methemoglobin. Most adults convert methemoglobin back to hemoglobin fairly quickly, but infants do not convert it back as fast, lowering the ability of their blood to carry oxygen. This can lead to blue baby syndrome, which can be deadly.

The use of antibiotics in confined animal feeding operations also threatens human health. Scientists and governmental agencies routinely find antibiotic-resistant bacteria on animals at slaughterhouses and on raw meat in grocery stores. More than 2.8 million antibiotic-resistant infections occur in the U.S. each year, and more than 35,000 people die as a result.

This year has made us all too aware that a regional health problem can morph into a worldwide pandemic. The Workgroup on The Potential Role of CAFOs in Infectious Disease Epidemics and Antibiotic Resistance raised concerns about the practice of co-locating swine and poultry facilities and the specter of a global pandemic arising from new strains of avian influenza incubated in swine and transmitted to humans.

Feature image by the Federal District Court for Eastern NC.