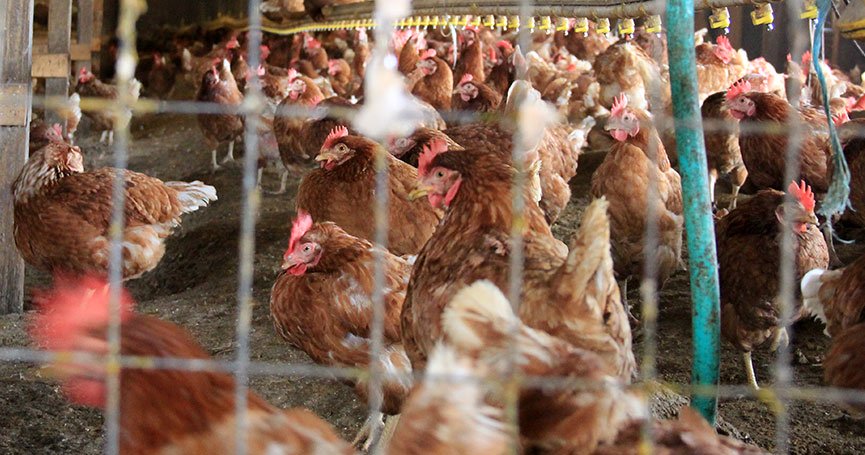 With food and farm systems in crisis, leading food, agriculture, animal welfare, and environmental groups call for a halt to new factory farms and smart investment in system market reforms.

Today about 300 local, state, and national advocacy organizations sent a letter to Congress urging passage of the Farm System Reform Act (S.3221/HR.6718), introduced by Sen. Cory Booker (D-NJ) and Rep. Ro Khanna (D-CA). As COVID-19 exposes the exploitation and injustice in the food system, the letter recognizes that “this visionary legislation meets the scale of action necessary to transform our farming and food system in a timeline that reflects the urgency of its problems.” The letter was facilitated by the national advocacy organization Food & Water Action, and signed by groups including Family Farm Action, Waterkeeper Alliance, Johns Hopkins Center For A Livable Future, and ASPCA (The American Society for the Prevention of Cruelty to Animals).

Among other things, the Farm System Reform Act would halt the establishment of new factory farm operations (otherwise known as concentrated animal feeding operations, or CAFOs) and prohibit the expansion of existing ones. It would also provide a $100 billion voluntary buyout program for contract farmers who wish to transition away from the factory farm system.

“Our independent family farmers and ranchers are continuing to be squeezed by large, multinational corporations that, because of their buying power and size, run roughshod over the marketplace. We need to fix the broken system – that means protecting family farmers and ranchers and holding corporate integrators responsible for the harm they are causing,” said Senator Cory Booker. “Large factory farms are harmful to rural communities, public health, and the environment and we must immediately begin to transition to a more sustainable and humane system.”

“The Farm System Reform Act will ensure that huge corporations no longer have a stranglehold on our food supply,” said Representative Ro Khanna. “It’s important for our farmers, the economy, the environment, and animal welfare. I’m proud to see the growing coalition of groups organizing to support the bill.”

As the letter points out,  “…The U.S. food system is dominated by factory farms that confine tens of thousands of animals in cramped, unsanitary conditions; these conditions place the safety of our food at risk, pollute our air and water, harm the welfare of animals and workers, extract wealth from rural communities, increase the risk of antibiotic resistant bacteria and increase corporate control of our food.”

This legislation will revitalize independent family farm agriculture and rural communities by:

“The Farm System Reform Act will rein in multinational agribusiness control over livestock production,” said Jake Davis, Senior Policy Advisor for Family Farm Action. “The factory farm model is designed to bolster these corporations’ bottom line while extracting wealth from family farmers and rural communities, and that has to stop. We are proud to join such a broad coalition of supporters calling for change in our broken food system.”

“Nearly 10 billion animals are raised on U.S. factory farms every year, crowded together in intensive, cruel confinement and unable to carry out even the most basic natural behaviors. The COVID-19 pandemic has further exposed the cruelty of industrial animal agriculture, fueling an urgent need to build a more humane and resilient food system that values animals, people, and our planet,” said Daisy Freund, vice president of Farm Animal Welfare for the ASPCA. “The Farm System Reform Act offers a roadmap for moving away from destructive, confinement-based animal agriculture toward higher-welfare farming practices and sustainable crop production. We are grateful to Senator Booker and Representative Khanna for their leadership on this legislation, and we are proud to support this bold vision for a more compassionate food system, free of factory farming.”

“The provisions of this bill, including the $100 billion voluntary buyout program for contract farmers who want to transition away from industrial animal agriculture, would protect watersheds around the country,” said Waterkeeper Alliance Executive Director Marc Yaggi. “That’s one of the reasons more than 50 Waterkeeper groups in the U.S. endorsed this bill. It will provide real — and necessary — improvements to waterways that have been impacted by pathogens, excess nutrients, and harmful algal blooms for far too long.”

The sign-on letter calls for passage of the Farm System Reform Act and a ban on factory farms in order to benefit independent farms, rural communities, food safety, our air and water, and the welfare of animals. It is signed by over 250 organizations including those mentioned above and  Family Farm Defenders, Food Chain Workers Alliance, HEAL (Health, Environment, Agriculture, Labor) Food Alliance, Contract Poultry Growers Association of the Virginias, Friends of Family Farmers, Pennsylvania Farmers Union, Indiana Farmers Union, and Women, Food and Agriculture Network (WFAN).