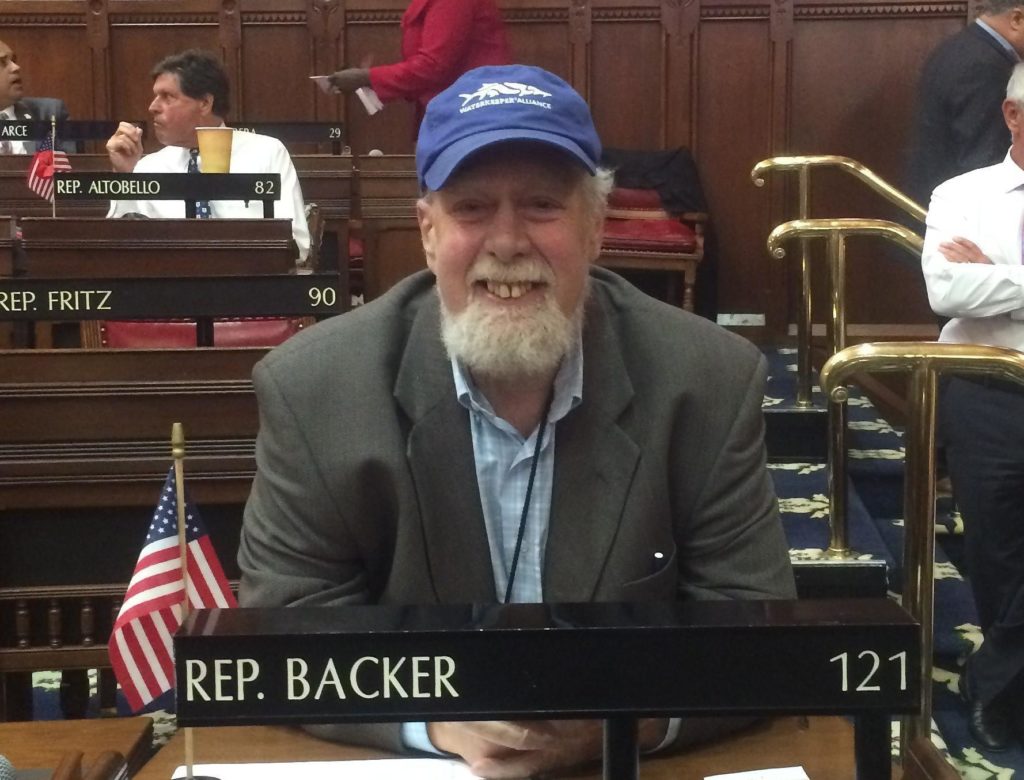 June 2015 – Terry Backer, Long Island Soundkeeper and a Connecticut state representative, successfully leads Connecticut legislature’s passage of a ban of toxic plastic microbeads, which are found in personal care items like soaps, cleansers and toothpaste, because of their danger to aquatic wildlife. “We’re now one of the only states to disallow these plastics,” Backer says, “which are currently flooding Long Island Sound, showing up in fish in our food chain and also posing a risk to human health.”

December 18 – The U.S. Senate approves legislation to ban plastic microbeads from bath products like soaps and body washes. The Microbead-Free Waters Act of 2015 passes by unanimous consent, almost two weeks after the bill wins passage in the U.S. House of Representatives. The legislation aims to protect the nation’s lakes and streams from getting clogged with the little pieces of plastic that easily pass through water filtration systems. An estimated eight trillion plastic microbeads have already entered the country’s waterways “For much of Connecticut, that means they end up in the Long Island Sound, which is critical to Connecticut’s economy and our way of life,” says U.S. Senator Chris Murphy (D-Conn.), a strong supporter of the bill. He credits Rep. Terry Backer for his part in Wednesday’s victory. “I cannot help but feel deep regret that Terry Backer, a close friend and mentor, isn’t around to celebrate this victory,” Murphy says. “I wouldn’t have fought for this issue so hard without his fierce advocacy in Connecticut, and he deserves credit for the state ban and for raising awareness of this across the country.”

Backer joined Murphy in October at an outdoor event to back the senator’s call for a federal ban on plastic microbeads. “Despite being so ill,” said Murphy, “he stood with me on a beach on Long Island Sound, making one final pitch that defined his life and career…urging us to preserve his legacy. To his very last breath, the Soundkeeper.”