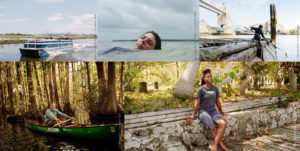 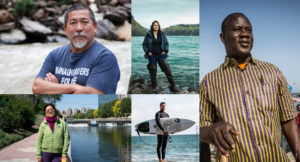 Culture Trip has partnered with Waterkeeper Alliance to present the Waterkeeper Warriors project, which chronicles 20 Waterkeepers who are fighting and winning some of the most important clean-water battles of the past 20 years, as well as confronting some of the greatest environmental challenges of our time. Culture Trip captures stunning images of these true environmental heroes, such as Captain Bill Sheehan, who was born and raised along New Jersey’s Hackensack River where he founded Hackensack Riverkeeper in 1997. Captain Bill is widely credited with the resurrection of the Hackensack River and the Meadowlands Estuary. Another guardian of our waters is Yongchen Wang, the Beiyun Waterkeeper, who waged a successful 10-year campaign to save the Nu River, one of China’s last free-flowing rivers, from plans to build 13 large hydropower dams.

Culture Trip photographers were dispatched to locations around the globe to capture the spirit of these Waterkeeper Warriors who are at the heart of a global movement that protects clean drinking water and the irreplaceable water sources of nearly a billion people. Finn Beales, an award-winning travel, lifestyle, and commercial photographer based in the United Kingdom, photographed London Waterkeeper Theo Thomas, who has been one of the most outspoken and independent voices for London’s rivers for nearly two decades. Jane Hahn, a Korean-American independent photographer who has covered the continent of Africa for over ten years, photographed Mbacke Seck, the Hann Baykeeper and Africa’s first Waterkeeper. Mbacke has, for more than two decades, led the fight against the industrial and municipal pollution that is destroying Hann Bay, once one of the world’s most pristine and productive bays. And, among many more, Rose Marie Cromwell, an award-winning photographic and video artist, captured Miami Waterkeeper Rachel Silverstein, who has won significant victories in litigation over illegal coral reef damage that has catalyzed the rescue of several hundred threatened staghorn corals, and is leading efforts to prevent similar damage from occurring again.

The full body of work is presented online, in the two 20th Anniversary editions of Waterkeeper Magazine, and as a traveling photo exhibit that invites global citizens to discover the diversity of the world’s waterways, from Cambodia and Senegal to London and Peru, and the important role Waterkeeper Alliance is playing in protecting them