The Doc of the Bay | Sejal Choksi-Chugh, San Francisco Baykeeper

Sejal Choksi-Chugh is leading the fight to restore San Francisco Bay to health.

San Francisco Bay is part of the largest estuary on the west coast of the Americas, with headwaters that tumble from the Sierra Nevada Mountains, swell California’s longest rivers, and then rush through the Golden Gate to join the Pacific Ocean. The bay is also the heart of a bustling metropolitan area and touches nine counties, unifying the region known as the San Francisco Bay Area and providing respite from the crush of day-to-day living.

Sejal Choksi-Chugh is the San Francisco Baykeeper, and there’s no place she’d rather be than out on the water.

“There’s a special feeling of freedom in zipping across the bay in our patrol boat with the wind in my face, the smell of salt in the air, and breathtaking skylines all around us,” she says. “It always renews my spirit and helps me feel inspired for the work I do.”

Sejal’s work is greatly needed. More than 500 wildlife species, from salmon to seals to shorebirds, depend on the vast wilderness of the bay, and more than seven million people live around it in one of the nation’s densest urban areas. The region is heavily industrialized: a wide range of facilities, including sewage-treatment plants, metal recyclers and oil refineries ring the bay and discharge their waste into its waters.

Sejal grew up in the suburbs of Atlanta, Georgia, the daughter of immigrants from India, who, like so many others, came in pursuit of the American dream. When she thinks back to the childhood influences that shaped her, two moments stand out. The first was during a family visit as a young child to her parents’ homeland, where she was shocked to see poor children drinking dirty water from puddles in the street.

“It was my first awareness that pollution affected people directly,” she recalls. “I couldn’t wrap my seven-year-old mind around why these kids didn’t have clean water to drink. But even then I felt the injustice.”

Later, she witnessed pollution closer to her Georgia home. A cement plant beside a creek near her high school often covered the area in a thin film of dust by the end of the school day.

“The yellow dust coated everything from our cars to the surrounding school fields, and got into the creek,” she remembers. “I recall feeling angry and asking my parents and teachers what could be done, and they said that’s just the way it is. That was one of my first realizations of how powerful polluters could be.”

As an undergraduate at Emory University in Atlanta, Sejal took an environmental-studies class and had what she calls “an ‘aha’ moment” that sparked her decision to go to law school. “The course opened my eyes to what a powerful instrument the law could be in stopping polluters and bringing them to account, and I wanted to see that change everywhere and be a part of making a difference.”

She moved to the San Francisco Bay Area to attend the University of California, Berkeley, Law School. While there, she interned with several national environmental groups that had offices in the bay area. But Sejal felt like a small cog in these organizations and was dismayed at how long it sometimes took to get things done and how far away from the “action” she was. She started working at Baykeeper right out of law school, winning a competitive Equal Justice Works legal fellowship, and joined the staff full-time in 2004, after the fellowship ended.

“I was attracted to Baykeeper because it’s a small, nimble organization that’s on the frontlines of defending the bay” she says. “And I was impressed by their legal and policy victories. They were stopping big polluters like Dow and Chevron and making a difference locally.” 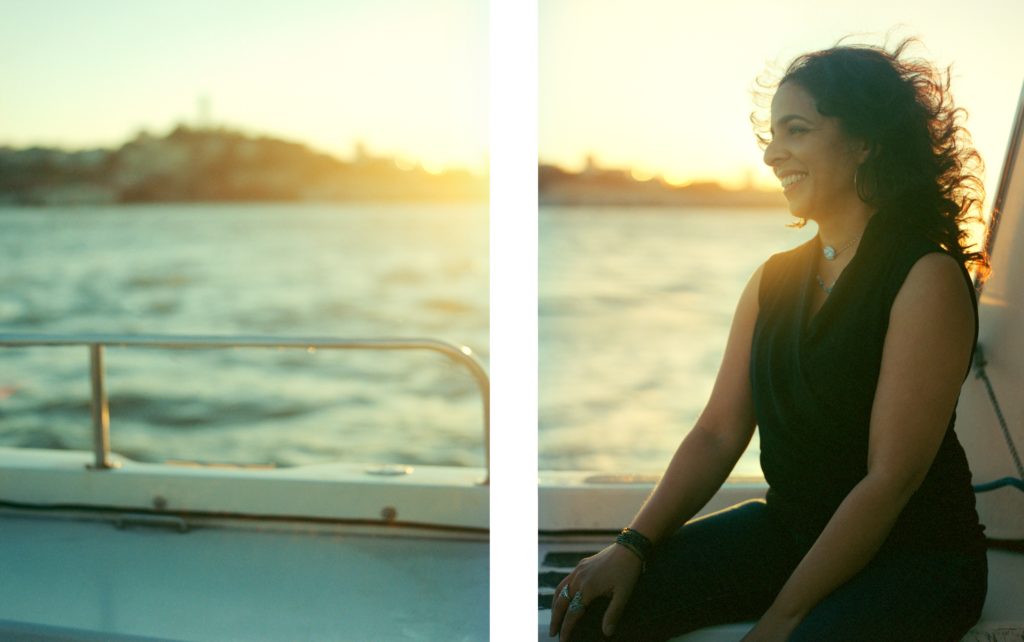 “Sejal envisions a time of greater awareness and stewardship of the bay. ‘Government agencies would better enforce the laws, companies would stop their harmful activities, and residents would share a sense of responsibility for the health of the bay,’ she says, in full knowledge that for her and Baykeeper there will be many fights ahead before that vision comes true.”

Law school classmate Dave Owen, who is now a professor at Hastings College of the Law in San Francisco, highlights one quality that has made Sejal such a good fit with Baykeeper:

“Besides litigation, the job involves networking and fundraising, and Sejal is really personable and really good at making connections.”

Baykeeper’s success at holding big polluters accountable is equally strong. Sejal is particularly proud of Baykeeper’s success preventing sewage spills in the bay. Beginning in 2005, Baykeeper staff combed through the spill reports of municipal wastewater-treatment plants, which are required by law, and found that many cities in the bay area far exceeded U.S. Environmental Protection Agency standards for these incidents. The worst results were for the City of Richmond, which had over 100 sewage spills per 100 miles of sewer lines. The EPA’s standard is three spills per 100 miles.

Baykeeper focused on the top 10 polluting systems, and decreased the sewage spills from these cities by 75 percent.

“That’s millions of gallons less sewer water in the bay every year,” Sejal says. “Our track record is so strong because we have experts on staff who sit down with the cities and work out technically sound solutions.” She adds that this is the method behind all of Baykeeper’s litigation and points with pride to the fact that in about half of the cases the defendants actually express gratitude for helping them comply with the law. This approach taps another of Sejal’s talents.

“She’s tough and diplomatic at the same time,” says Peter Molnar, Baykeeper’s board chairman. “She can pivot from fighting to fixing the problem.”

Baykeeper has also gotten high marks for its work cleaning up mercury, which accumulates in fish and threatens local residents and fish-eating wildlife.

“The regional water board’s proposed plan was to let mercury flush out of the bay naturally over the next 120 years,” she says. “I said, ‘That’s not a plan, that’s just running from their responsibilities.’” So she led a push for a better plan: identifying, then ratcheting down on all sources of mercury, including stormwater, wastewater-treatment plants, and “tailings” from the region’s many former mercury mines. A revised mercury-cleanup plan, called a “Total Maximum Daily Load” (TMDL), was approved by the EPA for San Francisco Bay in 2008.

Andria Ventura, the California toxics-program manager of Clean Water Action, a national nonprofit group based in Washington, D.C., who collaborated with Sejal on the TMDL, calls it an “amazing victory,” and she credits Sejal with giving her the technical expertise to tackle subsequent TMDLs independently. “Sejal doesn’t just do great work at Baykeeper,” says Ventura. “She has influence beyond her own organization.”

Baykeeper also scored a major victory against the export of petroleum coke, which is produced at bay area refineries, and coal, which is brought into the bay area by train and truck from as far away as Utah. These dirty fuels are shipped overseas from a privately owned terminal in the Port of Richmond. In 2012, the Baykeeper team was patrolling the channel near the terminal while a container ship was being loaded, and they documented toxic coal and petcoke being spilled into the bay.

“It was just falling all over the place — on the dock, into the water,” she recalls.

After taking their evidence to the regional water board to no avail, Baykeeper sued the terminal. The ensuing fight lasted two years and the costs of the litigation nearly exhausted Baykeeper’s reserves. But Sejal’s resolve also rallied Baykeeper’s backers. Local funders learned about the budget stress and offered to provide onetime grants and no-interest loans to help Baykeeper see the litigation through to the end.

“We ended up not needing those kind offers, but the situation made our supporters realize how important it is that that Baykeeper be financially sustainable,” Sejal says. “They want us to be able to continue to fight big polluters, and that was the impetus behind our board starting a legal fund. It’s a separate reserve-fund that we now fundraise for to get us through tough cases.”

The judge in the export-terminal case eventually ordered the parties to enter settlement negotiations. But the atmosphere was so hostile that the two sides were assigned to separate rooms in the courthouse, and negotiations dragged on for months. Finally, Sejal decided something bold had to be done to break the stalemate. She knew that the facility owner was worried about the costs of compliance, claiming that Baykeeper was seeking “blood” and wanted to put the company out of business.

“Our staff scientist was in the room and I asked him how much he thought it would cost for the facility to meet water-quality standards,” Sejal says. “He literally did a back-of-the-envelope calculation. It turned out the cost to comply was going to be just shy of $1 million.” “So I went down the hall, knocked on their door while they were meeting with the judge, and said, ‘I have a proposal that won’t put you out of business,’ There was a moment of silence and then they said, ‘Come in and tell us more.’”

She proposed a cap on the dollar amount of the settlement and a provision that Baykeeper would set the terms of the mitigation. With the cap set at $1 million, the facility was to be retrofit to Baykeeper’s specifications, with upgrades that included sealing the dock to keep the toxic materials from falling through the slats, switching to closed conveyer systems to load the coal and petcoke, installing barriers around the uncovered stockpiles, and spray-misting the piles to keep dust from blowing into the bay. This satisfied the terminal’s owners and operators, the case was settled within a few months, and the facility is no longer polluting the bay.

But Baykeeper is now engaged in another battle against coal, opposing a proposal for another export terminal in Oakland. It is also working to block the expansion of the five oil refineries around the bay, which are among the biggest polluters in the region. Another item on Sejal’s long wish list for the future includes curtailing invasive species that hitchhike around the world in the ballast water of ships in such numbers that a new one is introduced to the bay every other week. Climate change is also a pressing concern, as rising sea levels could wash contaminants from more than a thousand polluted shoreline sites into the bay. And there is a statewide battle brewing that pits long-standing water diversions for industrial agriculture against the critical need to increase fresh water flows to the bay.

In spite of all the obstacles still to be faced, Sejal envisions a time of greater awareness and stewardship of the bay.

“Government agencies would better enforce the laws, companies would stop their harmful activities, and residents would share a sense of responsibility for the health of the bay,” she says, in full knowledge that for her and Baykeeper there will be many fights ahead before that vision comes true.

Robin Meadows is a science journalist in the San Francisco Bay Area. She is the water reporter for the Bay Area Monitor, and her work has also appeared in Audubon, Conservation, High Country News, Water Deeply and others.