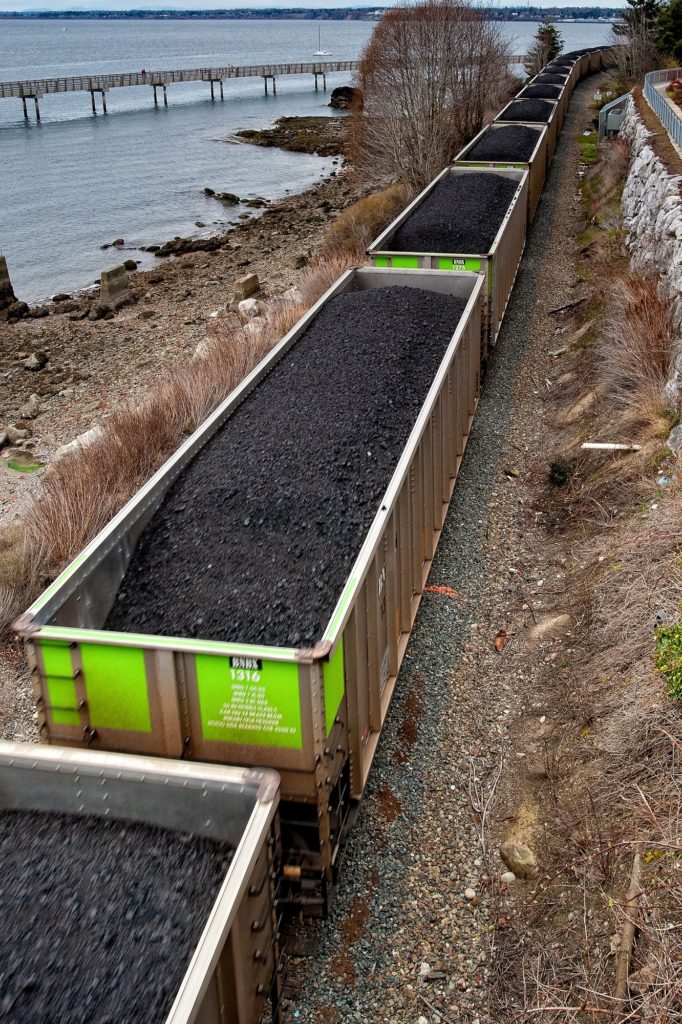 In September, the Washington Department of Ecology denied a fundamental water-quality permit for the proposed Millennium coal-export facility at Longview in southwestern Washington, citing the project’s impacts on climate, air and water. While the coal proponents could appeal the decision, the project exemplifies the dead-end status of coal as a 21st century energy source.

Columbia Riverkeeper and Waterkeepers Washington are energetic participants in the diverse and vibrant Power Past Coal coalition, which has now stopped six coal- export proposals in recent years. Like previous successes, the Millennium victory is an outcome of the synergistic relationship between community organizing and legal strategies that Columbia Riverkeeper has refined and implemented over the years.

Millennium would have been the largest coal-export facility in North America, sending up to 44 million tons of coal per year from the Powder River Basin in Montana and Wyoming and the Uinta Basin in Utah to Asian markets – although these are quickly turning away from coal-fired power. The state agency’s analysis found that the climate pollution from this project would have been equivalent to that created by adding eight million cars to the roads. It would have required up to 16 coal trains a day traveling from the basins through Washington, impacting public-safety response-times in rail communities across the Pacific Northwest and contributing to higher rates of cancer in low-income communities, including Longview’s Highlands neighborhood.

Federal and state governments, as well as native tribes, have invested billions of dollars to restore the Columbia River estuary and its wild salmon habitats over the years, and a growing body of evidence suggests that coal dust impacts the lives of salmon and other aquatic species.

“The state did the right thing, standing up for clean water, public health, and the Pacific Northwest’s iconic endangered salmon-runs,” said Jasmine Zimmer-Stucky, senior organizer at Columbia Riverkeeper. “Washington State and the city of Longview deserve better than empty promises from the dying coal industry.”