Few cities embody the complexity of the climate crisis more than Houston. The low-lying city along the upper Texas coast faces the compounding climate threats of sea-level rise, increasingly intense hurricanes, and sewage overflows, all of which exacerbate the existing health and housing inequities in the Greater Houston area. It’s also home base for many industries in the largest petrochemical corridor in the United States.

Houston-based Bayou City Waterkeeper recognizes the urgency of this crisis. The organization remains attentive to the climate emergency and environmental justice across all its work, from advocating for nature-based flooding solutions to fiercely defending the remaining wetlands that give the “Bayou City” its name. 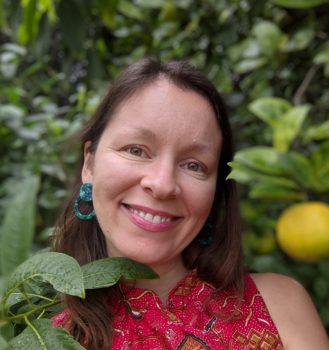 However, Houston’s failing sewage infrastructure may be one of the more pressing environmental and human health impacts of climate change. Bayou City Waterkeeper’s Legal Director and Waterkeeper Kristen Schlemmer described the problem, which varies from untreated wastewater flowing directly into the bayou to raw sewage in school grounds or backed-up toilets in private homes. Schlemmer wrote:

Bayou City Waterkeeper sued the City of Houston over these unchecked sewage overflows in 2018 and successfully forced the city into negotiations with the U.S. Environmental Protection Agency and the Texas Commission on Environmental Quality. However, Bayou City Waterkeeper was ultimately excluded from the lawsuit’s negotiating table, and according to Schlemmer, “This consent decree represents an important first step to giving Houston residents a real solution to the sewage problems we see and smell after every major rain. But the settlement falls short in one key respect: it shortchanges our low-income neighbors who regularly deal with sewage backing up into their homes and pooling in the yards where their children play.”

In the latest development, Bayou City Waterkeeper filed a brief in September 2020 in federal court to alert the judge of the settlement’s failures. The filing was accompanied by a citywide analysis by civil engineer Lauren Ross and Naomi Walker, Bayou City Waterkeeper’s Mapping Water Injustices Fellow, clearly illustrating the high concentration of sewage overflows in low-income or Black, Latinx, and Chinese neighborhoods.

Schlemmer knows that fair sewage regulations and updated infrastructure for the rapidly changing climate are only part of an extensive web of necessary climate solutions.

“Meaningful resilience requires all of us to take necessary steps to improve water quality, limit the worst effects of flooding and storm surges, and protect our communities,” Schlemmer said. “After Hurricane Harvey, our decision-makers began to understand what we’ve always known: We can’t continue to address the flood and climate risks in our region in the same ways and expect a different result. Advancing justice and equity for all our neighborhoods, combined with recognizing the powerful role of the area’s natural systems, must be part of the answer. Continued development in floodplains and reliance on outdated hard infrastructure, coupled with the paving over of our wetlands and coastal prairies, have proven to be a recipe for disaster as the impacts of climate change intensify in the region, especially in communities that have been underinvested in over time.”

“Our region is taking important steps to remedy decades of underinvestment in flood infrastructure by prioritizing communities across the region who have suffered the most human impacts from flooding,” Schlemmer continued. “Bayou City Waterkeeper is working closely with community leaders and decision-makers to ensure that all residents — regardless of what neighborhood or watershed they are in — have better protection from flooding and pollution. It’s been three years since Hurricane Harvey, and we’re excited about this new regional vision — one which puts people, communities, and nature first and clears the path to resiliency for generations to come.”