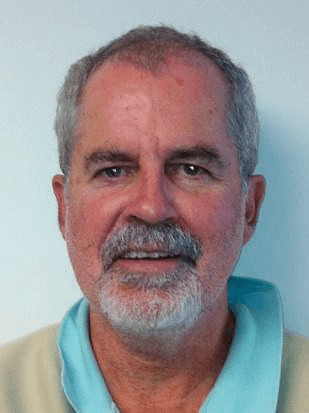 A lifelong New Yorker, Tom is an Emmy Award-winning writer and journalist and has published many articles in daily newspapers and national magazines, including Esquire, Newsday Magazine, The Daily News Sunday Magazine and The New York Observer.

Tom worked at the Ford Foundation for nearly two decades, where he was co-founder and editor-in-chief of the foundation’s award-winning quarterly magazine. He also served as a special assistant and speechwriter to two of the foundation’s presidents.

Prior to joining the Ford Foundation, he was a speechwriter for New York Governor Mario M. Cuomo. He won his Emmy Award for a documentary he co-wrote for PBS about McSorley’s Ale House, New York’s oldest saloon.

As editor of the Ford Foundation’s magazine, he reported on water issues from the Amazon to Zimbabwe to the South Bronx. He has lived within walking distance of the Hudson River most of his life and it has always been one of his passions. His first “official” association with the river was as a cook on the Hudson River Sloop Clearwater more than 30 years ago. Four years ago, to raise awareness about the Hudson’s continuing recovery, he completed his first cross-Hudson swim in the 15th Annual Hudson River Swim for Life. He completed the 5K course again in 2007 and 2008. In 2009, he completed his first triathlon, the SBR Sprint Triathlon in Harriman State Park, finishing first in his age category (antique).

Tom graduated from Manhattan College with a B.A. in English and Education. He went on to pursue a Writing Project Fellowship at the CUNY Graduate Institute, where he was certified as a specialist in the teaching of writing. He is a licensed New York City teacher and taught for several years in the city’s public schools. Tom lives in the Hudson Valley with his wife, Debbie, and their four children. Besides swimming, he enjoys biking, hiking, and cooking. 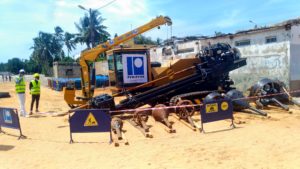 
Senegal’s Hann Bay was once a sparkling jewel with white sand beaches that ran from the industrial port of Dakar about eight miles to the outskirts of... 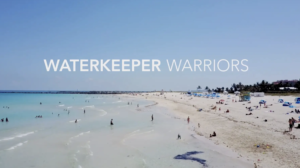 The people who will save the planet: Waterkeeper Warriors featured on Visionaries 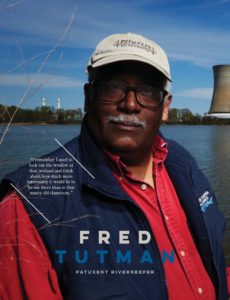 
Fred Tutman returned to his “home river” to fight environmental and social injustice. By Tom Quinn. Photos by ©Nigel Parry, courtesy of Culture...