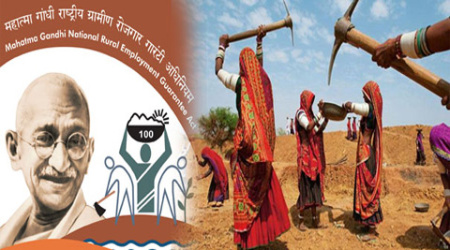 East Kali River is the main tributary of the national holy Ganga. After originating from Muzaffarnagar district of Uttar Pradesh state, it flows through other districts namely Meerut, Hapur, Bulandshahar, Aligarh, Kaasganj, Eta, Farukkhabad, and Kannauj, where it merges into Ganga. It is about 500 km long and sustains nearly 1200 villages on its banks. For the past decade, it has been polluted by unfiltered industrial and city waste.

Since 2008, NEER Foundation (parent organization to East Kali River Waterkeeper) has undertaken numerous projects to revive the river. They conduct laboratory tests of river- and groundwater samples, find pollution levels, and report those to the groundwater department, state government, and villages residing on the banks of the East Kali.

Uttar Pradesh state government recently included eight small rivers in the Mahatma Gandhi National Rural Employment Guarantee Act (MNREGA) program, which receives government funding to provide employment to rural residents on a daily basis where the work is provided by the government itself—but it did not include the East Kali.

To get the state and central government to initiate a revival project for the river, East Kali River Waterkeeper used the NEER Foundation’s water quality results to propose the inclusion of Kali east river in the MNREGA program.

In February 2019, we learned that East Kali River has been included. This is the biggest news to start the year. Now, the 1200 villages along the banks will receive more paid work in the form of reviving their own river. It is a definite victory, and we hope the government is prompt in its programs.