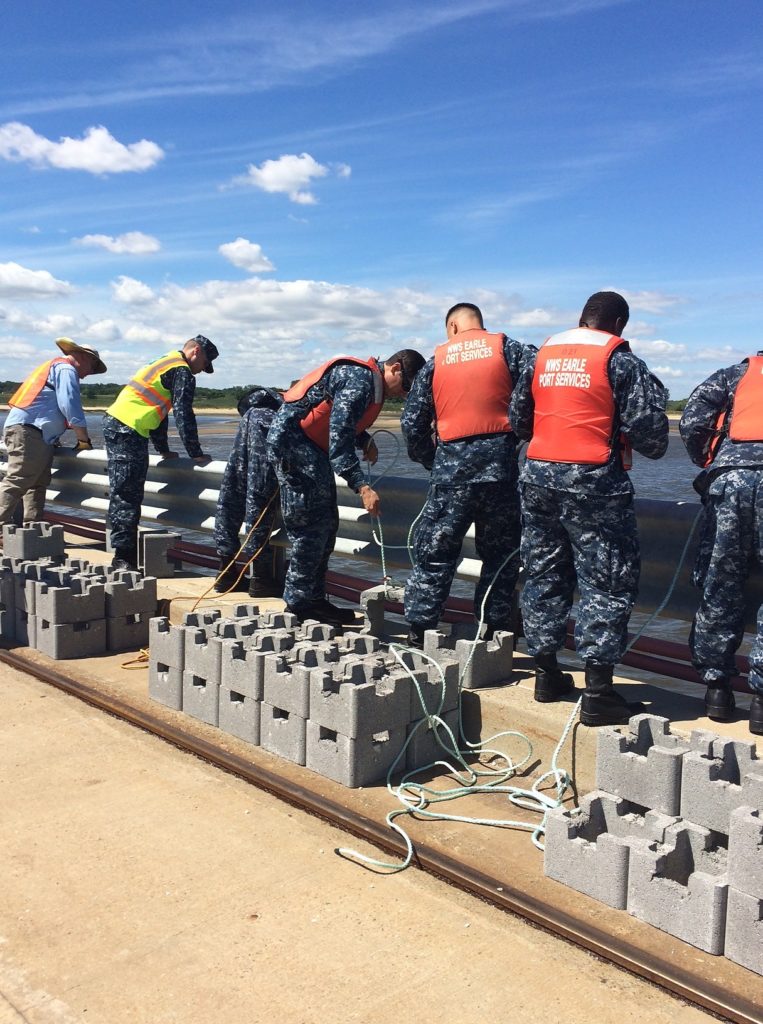 NY/NJ Baykeeper and partners have begun to install a first-of-its-kind urban living shoreline and oyster habitat at Naval Weapons Station Earle in Monmouth County, New Jersey. The 0.91-acre shoreline consists of an artificial reef containing oysters and concrete structures known as oyster castles to fortify and protect the coast along the shore of Raritan Bay. These castles provide the necessary hard surface for oysters to attach and grow on. In just the first two months of the project, oysters growing on the oyster castles that compose the living shoreline grew 21.9 millimeters. 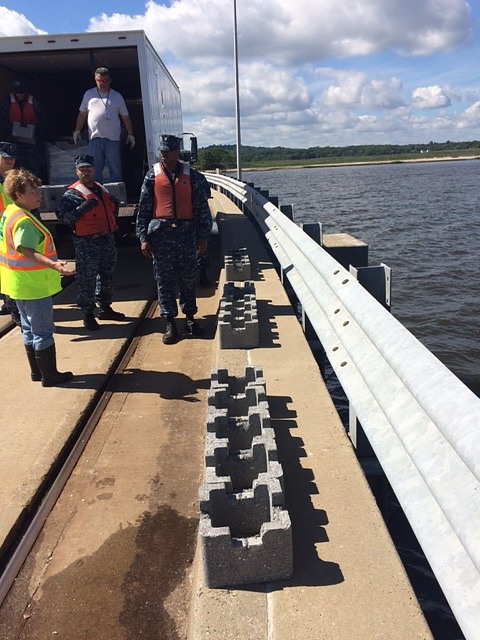 After Hurricane Sandy in October 2012, the immediate priority of coastal resiliency became clear, and this living shoreline will provide data to assess threats such as sealevel rise from climate change and shoreline erosion. The project will determine whether or not a living shoreline can stabilize the mouth of Ware Creek, which enters the bay near Belford, protect the surrounding environment, improve water quality, and create aquatic habitat in the urban NY/NJ Harbor Estuary.

NY/NJ Baykeeper is thankful for the support of the U.S. Navy, which has been its partner since 2010, when the New Jersey Department of Environmental Protection banned all shellfish research, restoration and educational activities in waters classified as “restricted” or “prohibited” for harvesting shellfish.

The living-shoreline project has received permits from the New Jersey Department of Environmental Protection and the U.S. Army Corps of Engineers. Oysters have unique capabilities to filter and clean water, provide habitat for other sea creatures, and improve resiliency to storm-surge and erosion. They once thrived in the New York-New Jersey Harbor Estuary – indeed, Ellis Island, off lower Manhattan, was once called “Little Oyster Island.” By the late 19th century, however, overharvesting, pollution and sedimentation of reefs resulted in a sharp population decline, and there is no longer a sustainable oyster population in the harbor area.